There is massive overlap among people who are conscious about how the food they eat is sourced and those who think a great deal about how their lifestyle choices impact the environment. I often hear from folks concerned about the environment, who state that they would “eat more red meat, but it’s just not sustainable for our planet.”

We at Singing Prairie Farm believe that there are solutions to the concerns about meat and sustainability. To our mind, it comes down to the management of the animals in question. If we use nature as our blueprint, we find that with raising grass-fed beef and pasture-raised pork, there are benefits to the earth that far outweigh the potential perils.

For us, restorative agriculture is the answer. The goal is to create better wildlife habitat and sequester MORE carbon in the soil — by removing it from the atmosphere. We found that we can do this by employing a form of rotational grazing that mimics the evolutionary pressures that formed over time in grassland ecosystems.

How many grassland ecosystems were historically devoid of large grazing animals?  None.

The North American plains were historically filled with bison. To the far north, the plains were rife with caribou. The Serengeti plains are still populated with a bewildering assortment of large herbivores. As part of a regenerative ecosystem, these animals allowed plant populations to flourish and thrive to the extent that would not have been possible without them.

And large predators who preyed on these grazing species played a significant role in the health of the grassland ecosystem. The effect large predators create in a healthy ecosystem is to keep the grazing animals in relatively tight groups. Herds of bison in the western U.S., for example, were kept in tight groups by packs of wolves. The bison constantly kept moving to find fresh forage to eat.

Along the way, the large herds grazed intensely, trampled — indiscriminately — what they did not eat, and fertilized the rest with generous helpings of their droppings. Then they’d move on, to avoid predators. During the lengthy rest interval for the land that followed, the grasses grew back more robustly than before.

Our model duplicates this evolutionary process to ensure animal health by moving our grass-fed cattle and pasture-raised pigs.

For starters, our livestock is always kept in tight, herd formation using solar-powered electric fencing. This fencing is portable and can be moved as often as needed. Some cattle producers in our area move fencing as much as six times a day.

This process allows for maximum biomimicry in our food system. As with the example of the bison, the herd is kept moving on the search for fresh grass. They graze intensely — but for a very brief window of time — on each temporary pasture. This intense grazing means that they don’t just eat their favorite species and leave the less desirable ones to reseed and thus advance in population. All plant species are uniformly impacted in a positive way.

Secondly, hoof action brings the uneaten leaves and stems of grasses out of a vertical orientation and into a flat one, pressed squarely against the ground. This is exceedingly good for the soil. Ungrazed forage is not wasted but is the gift to the land.

We love to explain how we perceive the soil: It is not the inanimate substance that animals stand on, but rather a giant living, breathing, eating organism with billions of life forms packed into each tablespoon of healthy soil. We love to imagine that our livestock is standing on the back of a giant lifeform, much like the legendary Whale or Turtle of ancient, indigenous stories. This giant organism consumes food through its “skin,” and the trampling of organic matter against its surface akin to setting food on the earth’s dinner table.

As quickly as the animals enter a grazing space, they depart. The earth takes a deep breath. The grasses and legumes are left with enough leaf surface area to photosynthesize regrowth without accessing the carbohydrate reserves stored in the roots. They rebound stronger than before, developing deeper roots, thicker crowns and more stems and leaves each time.

This process has been occurring over and over and over for thousands of years. It has been key to the creation of traditionally healthy soils in the American heartland. However, large-scale, corporate farming has forgotten how vital this evolutionary process is. It’s an extractive race to get more meat and grain from the land, the regenerative process has been abandoned. Healthy, robust plant life and soil that is great at sequestering carbon is not part of the economics of industrial farming.

But it is what makes Singing Prairie Farm and other farmers practicing restorative agriculture thrive.

On our farm, after the livestock has grazed, tramped, and moved on, the land is already restoring itself. The microorganisms in the soil are having a party. They have access to enormous amounts of food in the form of leaf litter and livestock droppings.  They increase in health, vitality, diversity, and population quicker than most can fathom. As they do this, the plants are working slowly and steadily to draw down carbon from the atmosphere and deposit it — in the form of organic matter — into the soil.

This is the effect that rotationally grazed cattle and pigs have on the earth.  If we value the idea of farming in Nature’s image, how could it be more perfect?

When I began the journey that is ButcherBox, I was trying to solve a very real problem for my family… sourcing amazing grass-fed beef that is shipped to my door at an affordable cost.  While this is the second company I’ve founded, I didn’t want to have any preconceived ideas on what I would discover and experience along the way. All I knew was that I had a big problem ahead of me, and we would get there, one way or another.

After starting as a novice in the meat industry, I’ve been lucky to both learn about the intricacies and proclivities of the worlds of cattle, poultry, and pork, and to meet some of the most outstanding folks who are working on the farms and ranges the world over.

And so we here at ButcherBox want to share the adventures, the tales of those working in the industry, the sometimes unusual — yet fascinating — minutiae of buying and selling meat, the tradeoffs in raising livestock, the delicious recipes passed down through generations, the wisdom shared by experts on how to best prepare grass-fed meats, the unique and passionate individuals we’ve met along the way, and so much more.

Which is why we are launching Roam, an online magazine of sorts aimed at bringing you the amazing stories and fascinating facets of our industry that we’ve only begun to uncover.

In a way, Roam is directionless — which isn’t quite necessarily a bad thing. What I mean is that we see Roam as an ongoing adventure that can go many different ways. And that’s what we aim to bring you: The authentic stories of those on the frontlines of the grass-fed meat industry.

Thanks for coming along. Explore, imbibe, and eat up all that you can. 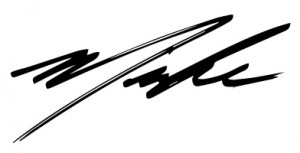